How to Resolve Conflict at Work 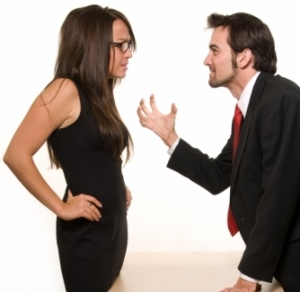 Workplace conflicts can directly impact the performance of a team or a department in an organization. Conflicts at work may arise from time to time. What actually makes a difference is whether you are ready to deal with issues in an effective manner. Conflicts must be resolved in time, if you don’t want such issues to lead to antagonism with workers.

Given below are some tips on how to resolve conflicts in the workplace, quickly and effectively.

Deal with Conflicts in the Initial Stage
When you are aware of some conflicting issues, it’s time to act. You can never wait to afford for a conflict to aggravate further. You need to address these issues in time so that they don’t take a toll on your professional and personal life.

Give the Other Person a Chance to Explain Their Points
Conflicts can never be resolved if just one person speaks. Both the parties involved in a conflict should be given a chance to voice their opinions or concerns about a conflicting issue.

Be Nice while Asking
If you really want to resolve a workplace conflict, you should learn to ask it nicely even when things have made you quite angry. It is a professional attitude to speak nicely to the person while asking the reason for a particular action. If you ask it the wrong way, it cam further aggravate the situation rather than resolving it.

Get a Mediator
Sometimes, it just seems too hard to resolve a workplace conflict on your own. Request an experience person to mediate between you and the other person. A good mediator can help you immediately resolve a conflicting issue.

Seek a Lawyer’s Consultation
If a matter involves legalities and can’t be resolved on your own, it is advisable to speak to a lawyer for find an effective solution. If you are facing legal issues, consulting a lawyer can also help you get legal protection.

If you are facing any kind of workplace conflicts, don’t try to ignore it. Face the issues head on and try to come to a solution where the parties agree. Remember that conflicts at work are never about winning or losing a fight. It is all about compromising things and admitting one’s mistakes if one is at fault.